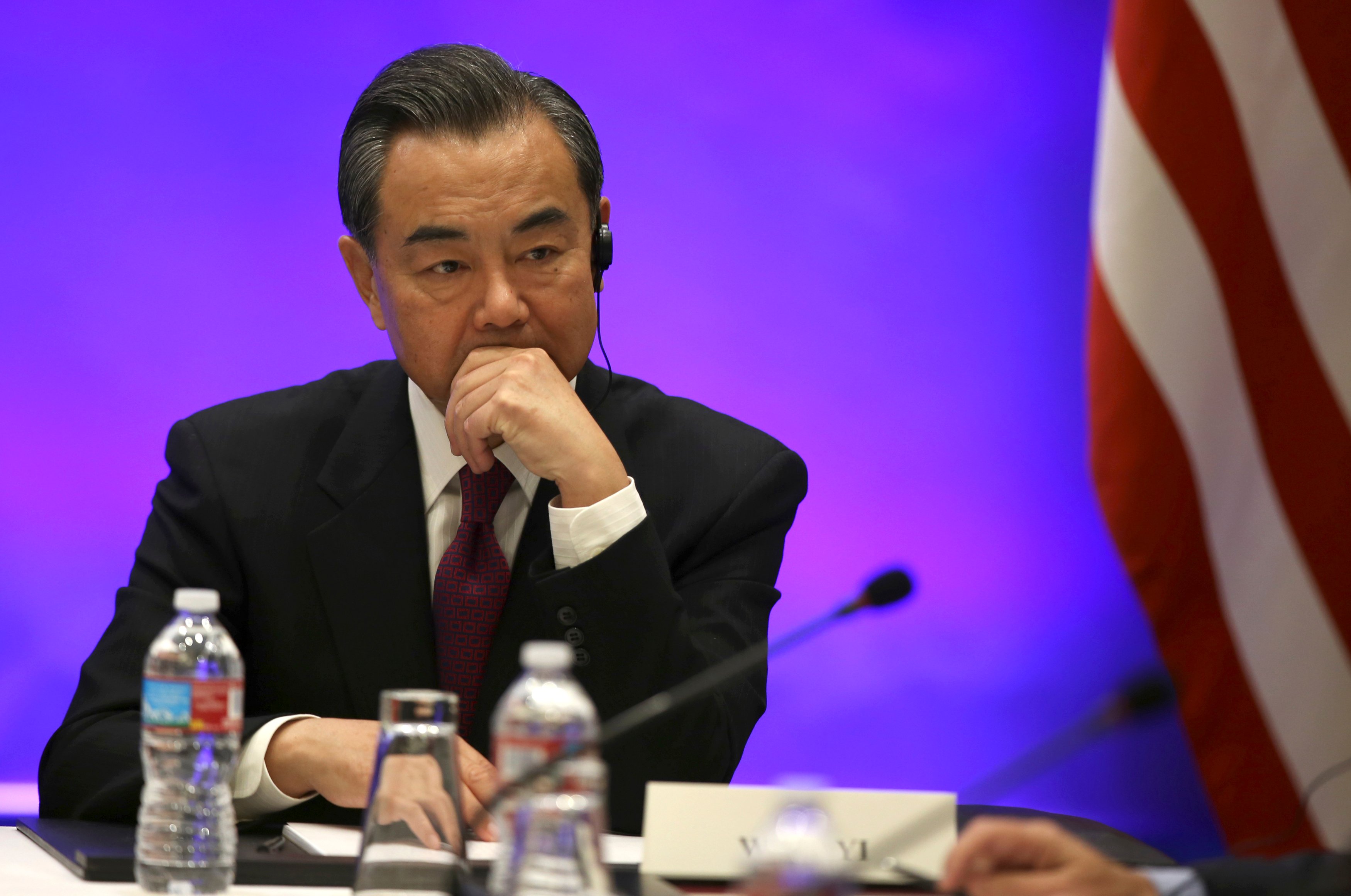 On the 10th anniversary of North Korea’s commitment to give up its nuclear weapons, China last month called for the resumption of nuclear negotiations with Pyongyang based on a 2005 multilateral agreement.

Chinese Foreign Minister Wang Yi said in a Sept. 19 speech that although much has changed since 2005, if the agreement’s “common understandings can be gradually implemented, not only can we achieve the denuclearization of the Korean peninsula, but also open up new prospects for peace and development of Northeast Asia.” China chaired the talks that led to the 2005 agreement.

The talks, which also included Japan, Russia, South Korea, and the United States, led to a joint statement on Sept. 19, 2005, that included a commitment by North Korea to dismantle its nuclear weapons. In return, the five other countries were to work to strengthen economic ties with Pyongyang and explore security cooperation in Northeast Asia.

Wang’s speech in Beijing to a group of experts and officials from countries involved in the talks came about a week after North Korea’s announcement that a reactor it had used in the past to produce plutonium for nuclear weapons is fully operational again. North Korea is believed to have enough plutonium for six to eight nuclear weapons and may have produced highly enriched uranium for additional warheads.

U.S. Secretary of State John Kerry said on Sept. 16, shortly after Pyongyang’s announcement about the reactor, that if North Korea does not refrain from “irresponsible provocations that aggravate regional concerns,” it will face “severe consequences.”

In his speech, Wang called on all the countries that were part of the six-party talks to “build up consensus” and create the necessary conditions for the resumption of the negotiations. Specifically, he said the parties should reaffirm the principles of the 2005 joint statement, jointly explore ways to “address security concerns of relevant parties” on the Korean peninsula, and refrain from attempts to disrupt the stability of Northeast Asia.

Meanwhile, North Korea announced in mid-September that it may launch a satellite into orbit on Oct. 10 to celebrate the 70th anniversary of the founding of the Workers’ Party of Korea. Pyongyang’s state-run Korean Central News Agency reported that the director of North Korea’s National Aerospace Development Administration said that it was pushing toward the “final phase” in the development of a “new earth observation satellite” in honor of the anniversary.

North Korea successfully launched a satellite on its Unha-3 launch vehicle for the first time in December 2012 after a failed attempt in April of that year. (See ACT, January/February 2013.) Most experts say if North Korea launched another satellite, it would likely use the Unha-3, as Pyongyang has not publicly displayed another model.

Because of their applicability to ballistic missile development, North Korean satellite launches are prohibited under UN Security Council resolutions.

The Sohae Satellite Launching Station, the site of the 2012 launches, received upgrades last year that would allow it to accommodate rockets even larger than the Unha-3. (See ACT, November 2014.) But satellite imagery from last month did not give any indication that the North Koreans were preparing for a launch, according to an imagery analysis by Jack Liu and Joseph Bermudez.

In a Sept. 15 article for 38 North, an online publication of the U.S.–Korea Institute at Johns Hopkins University, Liu and Bermudez concluded that, in the five weeks between the time the images were taken and Oct. 10, there was “possibly sufficient time for the North to prepare for a launch if Pyongyang follows past practices and procedures.” The two analysts said this would be possible only if North Korea already had begun to prepare the satellite launch vehicle at the launch pad. Concealment measures make it difficult to observe if this process has begun, Liu and Bermudez said.

They wrote that if North Korea follows “past practice,” increased activity at the site, including filling up the buildings that hold propellant for the launch, would be expected. Satellites would likely be able to detect such activity.