Syria took the helm of the Conference on Disarmament (CD) on May 28 under the four-week presidency rotation among member states, sparking boycotts and threatening to unravel recent progress in the long-stalled forum. Syria’s presidency drew anger due to its repeated use of chemical weapons and its past suspected covert nuclear weapons program. 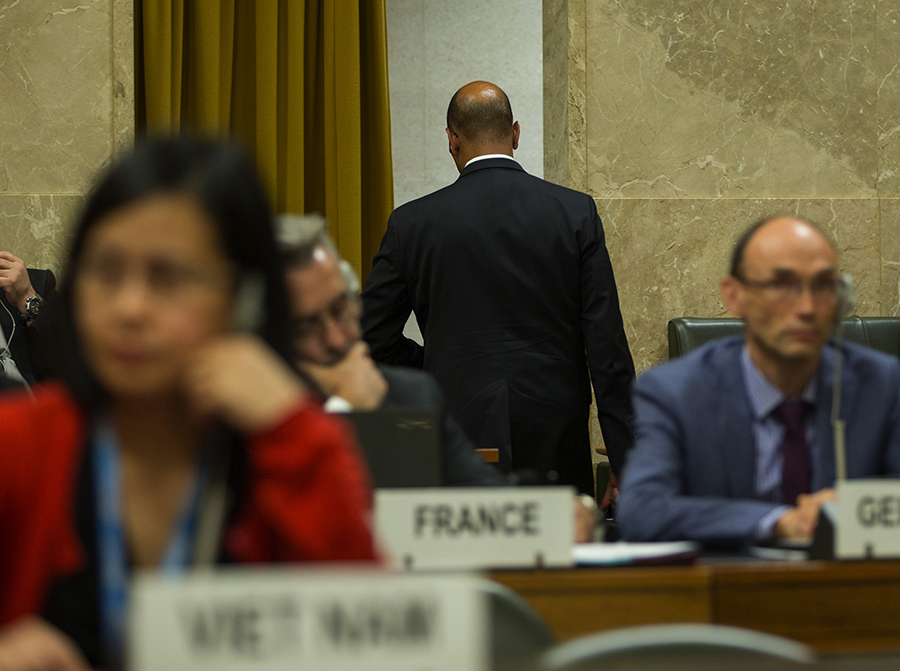 The United States attended the plenary meetings, but skipped in protest meetings of the body’s subsidiary bodies and informal consultations called by Syria during its presidency. Some other delegations participated on a reduced level, by sending low-level officials or only listening to the proceedings. The European Union, while stating it regretted Syria’s presidency, stated it still would participate fully in the disarmament body so as not to hamper its work.

Work in the consensus-based CD has been stalled for decades, but there has been recent movement. On Feb. 16, it created five subsidiary bodies to advance different disarmament topics, such as negative security assurances and risk reduction measures. (See ACT, April 2018.)
—ALICIA SANDERS-ZAKRE