The Syrian government is responsible for the April 4 sarin nerve-gas attack on the town of Khan Sheikhoun that killed almost 100 people, including many women and children, international investigators concluded in a report sent Oct. 26 to the UN Security Council. 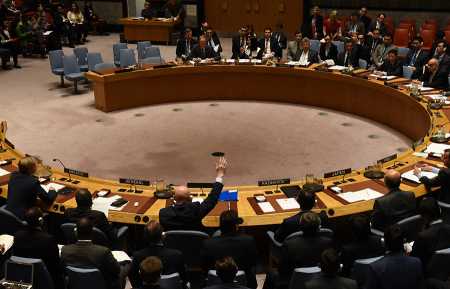 The report went to the council two days after Russia vetoed renewal of the mandate for the international investigative group that produced it. The authorization for the Joint Investigative Mechanism (JIM), unanimously created by the council in 2015 and renewed in 2016, is due to expire in mid-November. Russia left open the possibility that it would reconsider its position, depending on the outcome of the report on Khan Sheikhoun. Russia, which supports Syria’s Assad regime, has frequently tried to deflect blame to anti-government forces. Last year, the JIM found that the Syrian government was responsible for at least three attacks involving chlorine gas and the Islamic State group was responsible for at least one involving mustard gas. The new JIM report also concluded that Islamic State militants had carried out an attack using sulfur mustard agent in Um-Housh, in Aleppo Province, on Sept. 16, 2016.—TERRY ATLAS