The Unaffordable Arsenal: Reducing the Costs of the Bloated U.S. Nuclear Stockpile

The United States currently plans to spend some $355 billion to maintain and rebuild its Cold War-era nuclear arsenal over the next decade, even as the overall U.S. defense budget is declining and U.S. military planners and the president have determined that the United States can deter nuclear threats against the United States and its allies with far fewer nuclear weapons.

This report argues that the increasingly high cost of nuclear weapons, combined with shrinking budgets and stockpiles, should compel the executive branch, Congress, and the American public to rethink current plans to rebuild U.S. nuclear forces in the years ahead.

The Unaffordable Arsenal outlines common sense ways to save roughly $70 billion over the next decade across all three legs of the triad by scaling-back, delaying, and/or deferring expensive new delivery systems and by taking a more disciplined, straightforward approach to nuclear warhead life-extensions and refurbishments. 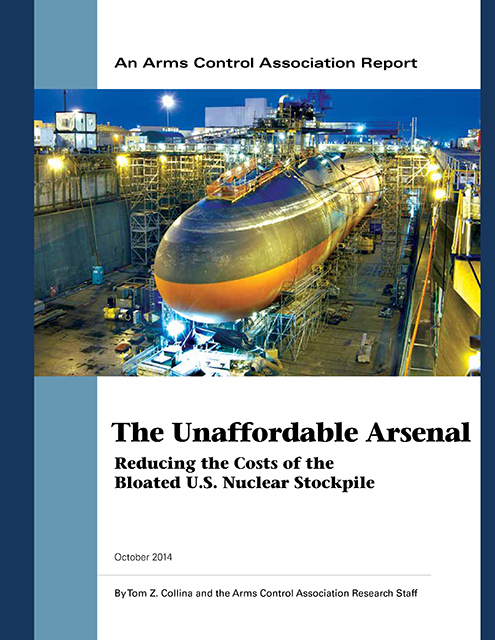