Members Briefing on the Future of New START 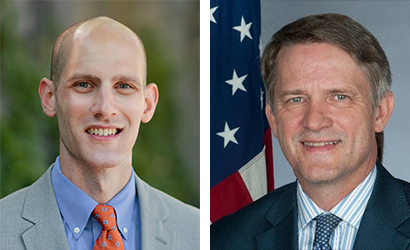 The New START agreement between the United States and Russia—now the only agreement limiting the world’s two largest nuclear weapons arsenals following termination of the INF Treaty—is scheduled to expire in February 2021 unless Presidents Donald Trump and Vladimir Putin mutually agree to extend it by five years.

Former National Security Advisor John Bolton was a harsh critic of extending New START. What does Bolton's departure from the administration in September mean for the future of the treaty?

Kingston Reif, director for disarmament and threat reduction, and Thomas Countryman, board chair and former acting undersecretary of state for arms control, briefed members on what could be the most important national security decision in a generation.

These calls are open to members of the Arms Control Association. Audio recordings of the call may be made available for nonmembers at some point following the call. Join or renew your membership today to receive details on how to join us for our next members call and be part of the conversation.