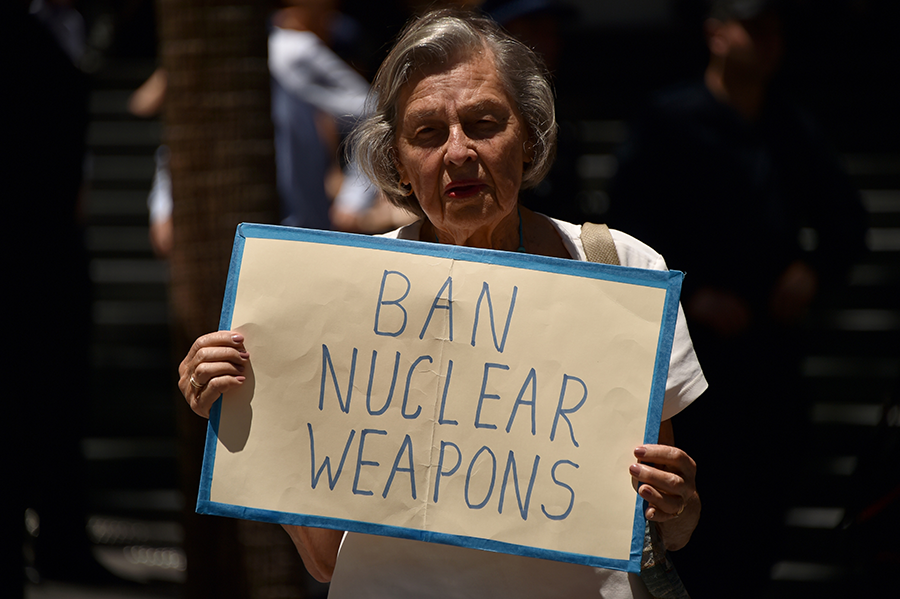 I was pleased to see that Paul Meyer's “Creating an Environment for Nuclear Disarmament: Striding Forward or Stepping Back?” (ACT, April 2019) featured a photograph of an activist: me. I have devoted many of my 90 years trying to warn about nuclear dangers. We live in such a precarious world, with some countries having many lethal weapons, getting more, and ignoring the result of destruction to human beings and our world—that is, as long as “I’m all right Jack.” I hold my sign on busy streets and watch the public who usually ignore the message. I think perhaps because I am so old, most people passing by purposefully ignore looking—three words only. Don’t they realize that we are in danger of complete extinction of the human race? Of all the things we hold dear—families, careers—complete annihilation of our continents. I then think of Oppenheimer who cited the Bhagavad Gita following the first test of the atomic bomb, 'Now I am become Death, the destroyer of worlds'; and before the bombs were dropped in Japan, he asked, “What have we done?” —Marty Morrison, Sydney, Australia