With the House of Representatives flipping to Democratic control next month, along with some significant retirements and losses, the leadership will change for some key defense and appropriations committees dealing with nuclear weapons arms control, disarmament, and budgetary issues. 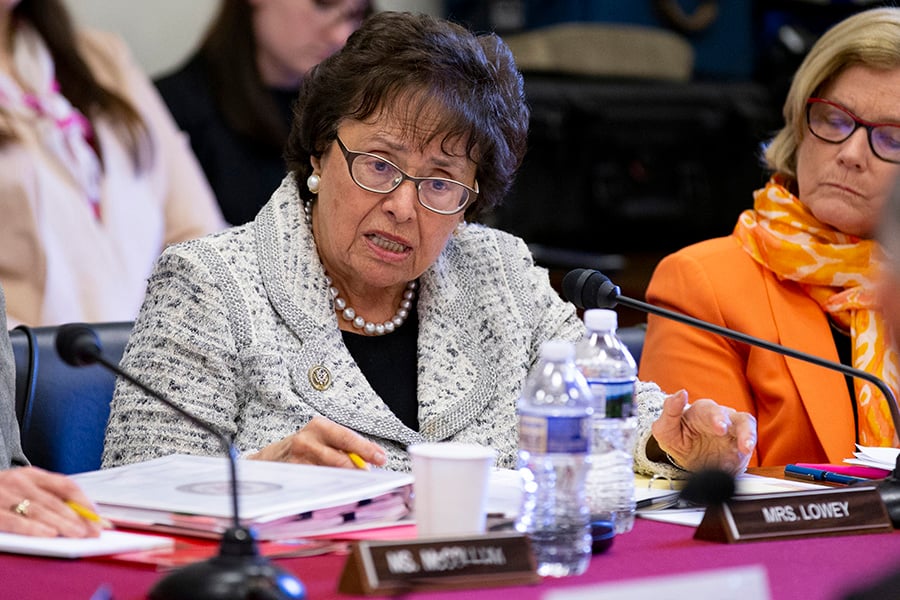 When a chamber of Congress shifts party control, generally the ranking member or, in some cases, the member previously in the minority with the most seniority becomes the committee’s chair. The committee chair of the losing party generally becomes the ranking member. Under this seniority-based practice, the Democratic leadership of key committees can be anticipated, but the shifts were less clear for their Republican counterparts, who tend to have a more active selection process for the top committee spots.

For instance, Rep. Adam Smith (D-Wash.), ranking member of the House Armed Services Committee, is poised to take the helm as chairman. He has been vocal about his desire to rein in the U.S. nuclear weapons budget to a more affordable level. Rep. Jim Cooper (D-Tenn.) will likely become chairman of the Strategic Forces Subcommittee.

Rep. Eliot Engel (D-N.Y.) is in line to become chairman of the House Foreign Affairs Committee, and Rep. Nita Lowey (D-N.Y.) is expected to chair the House Appropriations Committee.

Within the appropriations committee, subcommittee ranking members Rep. Peter Visclosky (D-Ind.) and Rep. Marcy Kaptur (D-Ohio) are set to assume leadership of the defense and the energy and water subcommittees, respectively. The latter subcommittee’s jurisdiction includes funding for the National Nuclear Security Administration, which runs the nation’s production of nuclear weapons and some nonproliferation programs.

The top Republican spots for House committees were determined in late November, and subcommittee ranking-member assignments will follow.

Meanwhile, the Senate remains under Republican control, but the composition of the leadership for key committees will see some changes. Sen. James Inhofe (R-Okla.) is poised to continue chairing the Armed Services Committee, as he did when he took over for the ailing Sen. John McCain (R-Ariz.). Sen. Jack Reed (D-R.I.) will likely continue to serve as ranking member of the committee.

The chairwoman of the Senate Strategic Forces Subcommittee will likely remain Sen. Deb Fischer (R-Neb.), but ranking member Sen. Joe Donnelly (D-Ind.) lost re-election, leaving open the ranking slot on the committee, which deals with nuclear weapons. Sen. Martin Heinrich (D-N.M.) is next in line, but he is currently ranking member on the Subcommittee on Emerging Threats and Capabilities. He may choose to shift subcommittees because his state is home to the Los Alamos National Laboratory, a part of the nuclear weapons complex.

Before committee leadership posts are set, the parties must elect their own caucus-wide leadership. Committee chairs, ranking members, and committee members will likely all be confirmed as the new Congress gets underway in January.