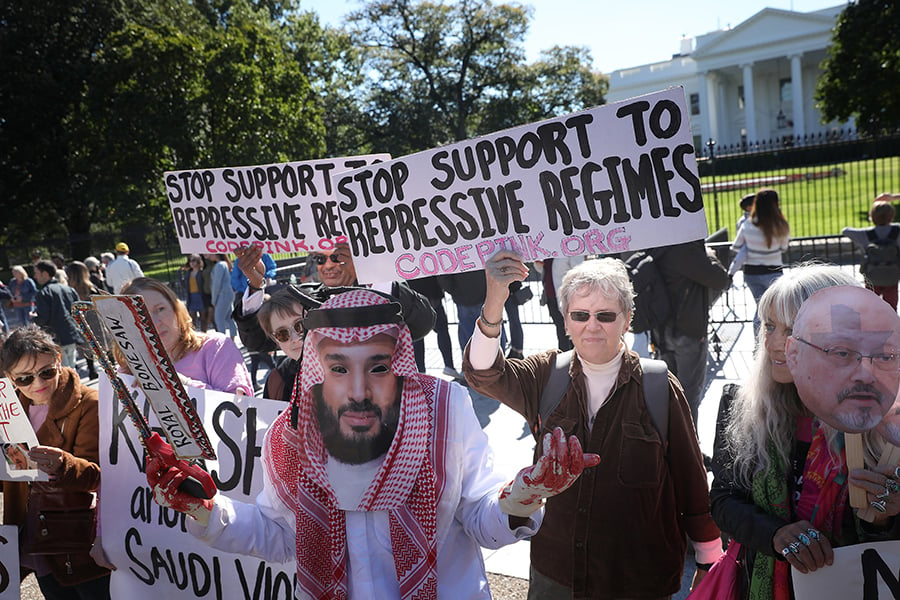 U.S. President Donald Trump said any U.S. penalties in response to the Saudi killing of dissident journalist and U.S. resident Jamal Khashoggi should not include curtailing planned and potential U.S. arms sales, even as some U.S. lawmakers and human rights advocates have advocated that they should. The United States is Saudi Arabia’s largest arms supplier, and Trump cited varying inflated figures for the dollar value and U.S. jobs at stake, as well as noting the importance of maintaining the historic alliance with a country that is an oil power and bulwark against Iran. Even so, Saudi arms deals may face tougher scrutiny in Congress, where opponents critical of Saudi conduct of its war in Yemen unsuccessfully sought last year to block the sale of $500 million in precision-guided munitions to the kingdom. The European Parliament on Oct. 25 overwhelmingly approved a nonbinding measure for its member states urging them to halt sales of weapons and surveillance technology to the Saudis, which may have little practical impact. German Chancellor Angela Merkel on Oct. 22 vowed to halt German arms exports to Saudi Arabia until the Khashoggi case is “cleared up,” but officials were uncertain whether that applies to existing or only future sales. Like Trump, UK Prime Minister Theresa May was wary of actions that could cost domestic jobs, hurt the economy, and complicate relations with a key Middle Eastern ally.—TERRY ATLAS