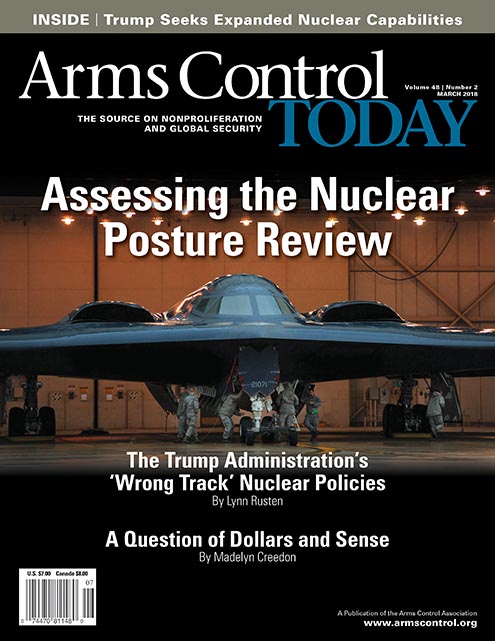 China has completed certification in the past year of its first five International Monitoring System (IMS) stations of the 12 it is obligated to certify toward the completion of the global nuclear test detection system managed by the Comprehensive Test Ban Treaty Organization (CTBTO). China is among the eight countries, including the United States, that need to ratify the Comprehensive Test Ban Treaty (CTBT) for the 1996 treaty to enter into force. Both countries have signed but not ratified the treaty.

The first Chinese IMS station, radionuclide station RN21, was certified in December 2016. Two primary seismic stations and two additional radionuclide stations were certified during the September-December 2017 period. These stations “fill in an important geographical coverage gap in terms of event detection in the region,” according to a CTBTO press statement. Chinese Foreign Minister Wang Yi said in a statement that the CTBT is “an important pillar of international nuclear disarmament” and that China is “willing to deepen” its cooperation with the CTBTO.

The monitoring system is about 90 percent complete, with more than 290 stations certified. Once complete, the IMS will have 321 monitoring points, consisting of hydroacoustic, infrasound, seismic, and radionuclide stations and 16 laboratories worldwide.—SHERVIN TAHERAN