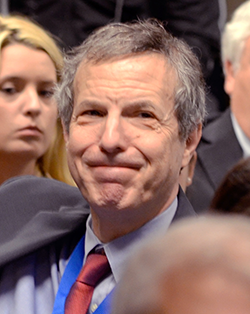 Terry has extensive experience as a reporter and editor covering U.S. foreign policy and national security issues, including arms control negotiations from the Reykjavik summit to the recent Iran nuclear accord. Before joining the Association, he was an editor and senior writer on the national security team at Bloomberg News in Washington, and he traveled with U.S. Secretary of State John Kerry during the Iran nuclear negotiations. Previously, he was foreign editor at U.S. News and World Report, where he directed and edited the newsweekly’s coverage of the Afghanistan and Iraq wars as well as other international developments.

Terry has reported from more than 100 countries, including from Saudi Arabia during the first Gulf War, and he covered many arms control negotiations as the Chicago Tribune’s chief diplomatic correspondent before joining U.S. News & World Report.