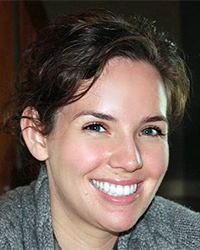 Farrah Zughni was managing editor of Arms Control Today from October 2010 to September 2012. Before joining ACA, she was an editor and writer at NOW Lebanon, an online news Web site. She had also worked or interned the Arab American Institute, the International Foundation for Electoral Systems, and AMIDEAST. Farrah has a master’s degree in Arab and Middle East Studies from the American University of Beirut and a B.A. in government and philosophy from the University of Texas at Austin.